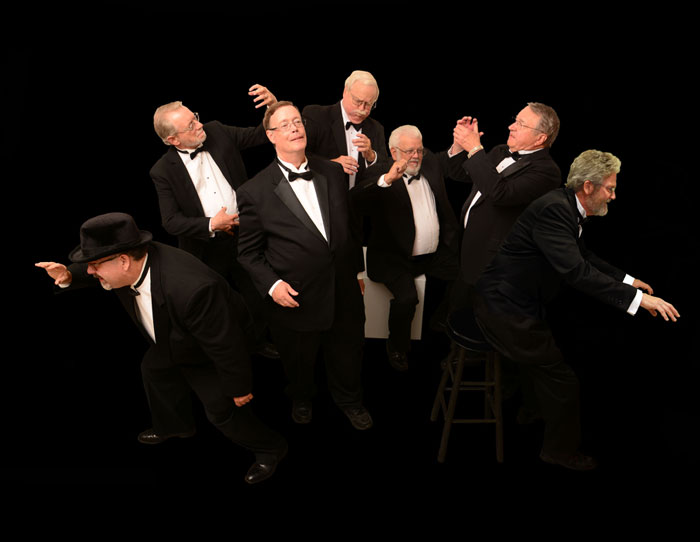 Cornet Chop Suey has had a rapid rise since 2001 when they performed for the first time at the Sacramento Jazz Jubilee. The seven piece band plays dixie to bop as well as pop tunes in a show style. The band is named after an obscure Louis Armstrong composition and the band does a Louis Armstrong set during most festivals in which they perform.

This well-traveled band has traveled across the country in over 17 various festivals in one year alone as well as Europe where they attest that the dixieland music is appreciated even more than in this country. The musicians in the band are educators as well as performers …
many have played in big bands prior to forming into one of America’s hottest jazz bands.

Chop Suey applies its own exciting style to traditional jazz, swing, blues and “big production” numbers. Every performance by Cornet Chop Suey is a high-energy presentation and is always a memorable experience for the audience.