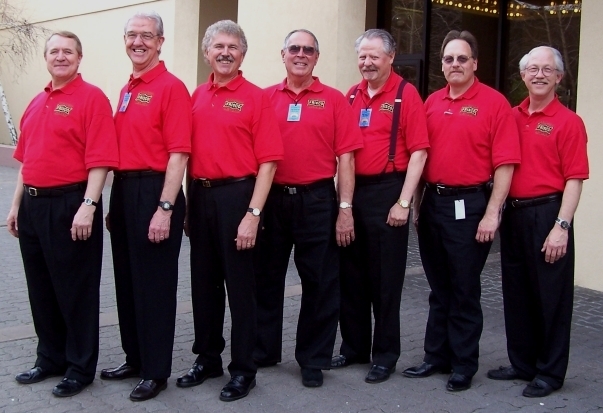 Bob Schulz’ Frisco Jazz Band. Bay Area coronetist Bob Schulz hails from Wonewoc, WI, where he was a band director for 17 years before joining the legendary Turk Murphy Jazz Band of San Francisco in 1979. His eight years with Turk included 300 taped radio shows, many LPs, tours of US and Europe and the famous Carnegie Hall tribute to Turk. Bob still leads the Turk Murphy band for special engagements. He is the foremost exponent of the Bob Scobey trumpet style and is an outstanding vocalist in the tradition of Clancy Hayes. Bob was chosen to play the part of Bob Scobey with the Scobey Reunion Band engagement at the 1988 Los Angeles Classic Jazz Festival and in 1989 at the Big Horn Jazz Festival in Chicago. He has more than 30 LPs to his credit.